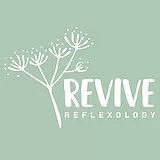 The origins of reflexology can be traced back to ancient civilisations. Evidence has been found in Egyptian tombs from as far back as 2500 BC. Stone carvings depicting the giving and receiving of treatments involving the feet have also been found in India, China, Japan and Native America.

Modern day reflexology in the West developed alongside advancements in medicine and knowledge surrounding the nervous system. Big advancements in the field have been credited to Dr William Fitzgerald & Dwight Byers but Eunice Ingham has been christened the ‘Founder of Reflexology’. Her work led her to the discovery that by putting pressure on certain points on the feet, it will stimulate healing in the related areas of the body. The foot map above shows how the neural pathways in the feet relate to the rest of the body, for example-by stimulating the nerves in the big toe we are sending a signal all the way up the brain! Reflexologists use these foot maps to provide treatments that can help bring balance to body and encourage healing & wellness.